We took the night bus again from Phong Nha straight to Hue which was about 4 hours.

Hue is known for its Citadel and tombstones of past emperors in the 17 and 1800s. We rented bicycles and rode over to the Citadel which was a short ride over the bridge from where we were staying. The Citadel was made for the emperor and his wives and servants. It is 1.5km long and 1.5km wide. We rode our bikes around the outside. 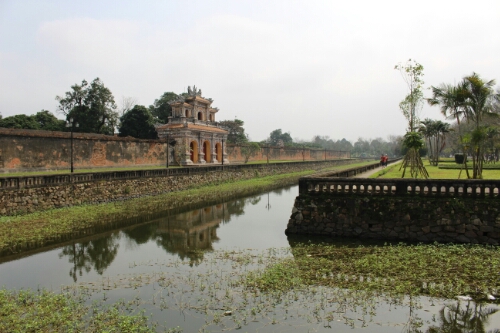 The Citadel is an impressive structure and was pretty cool to explore. Inside (with a $.50 fee to “park” our bikes and a $5 entrance fee) was under renovation although the entire Citadel was accessible.

The entrance was impressive.

The first room was the gathering room for parties. 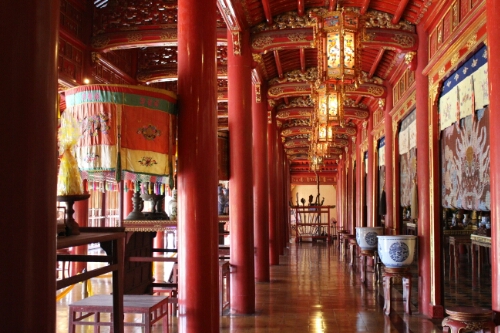 It was interesting because given the age of the place and the importance to Hue’s history there was no security and ancient artifacts were just sitting around that if any tourist wanted to they could just grab and take home. There were original scriptures from the 1800s just sitting on the wall in flimsy frames. I don’t know how long Hue has has tourism but it appeared that it must have been a relatively new thing seeing all the renovations going on that was probably being funded from tourist dollars. 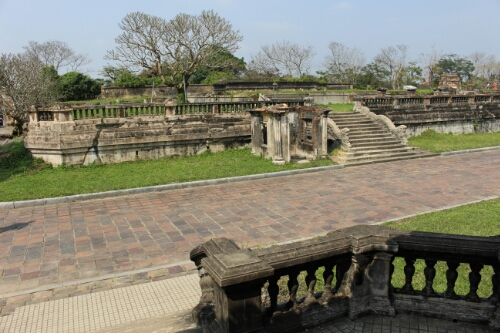 There were even still excavations under way where new things were being uncovered.

They said nothing when we just wandered off through their renovation sites (which was difficult not to do seeing that there was no guidance on where we were and were not supposed to go. The whole thing was very worthwhile to visit and I found it fascinating. 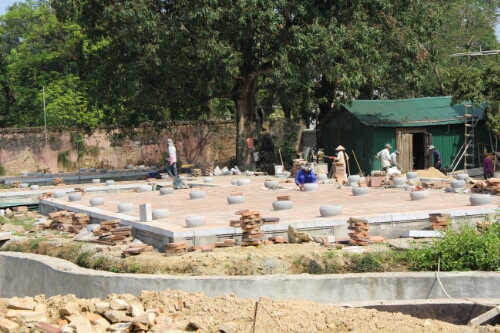 The next day we visited the tombs. These same emperors had tombs created where they would go to live their final days before they were buried. We chose to visit Tu Duc’s tomb since we were told it was one of the better ones and it was only a 20 minute moped ride from where we were staying.

Tu Duc’s Tomb was much smaller than the Citadel, and although somewhat similar, it was definitely interesting and worthwhile to see as well to see where these emperor’s were buried.

Tu Duc himself had a huge grave stone with statues as you approached it.

There was a massive structure covering the emperor’s tomb itself

Inside, his tomb was inscribed with an autobiography of his life. 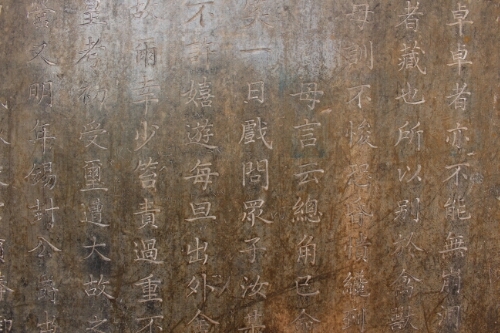 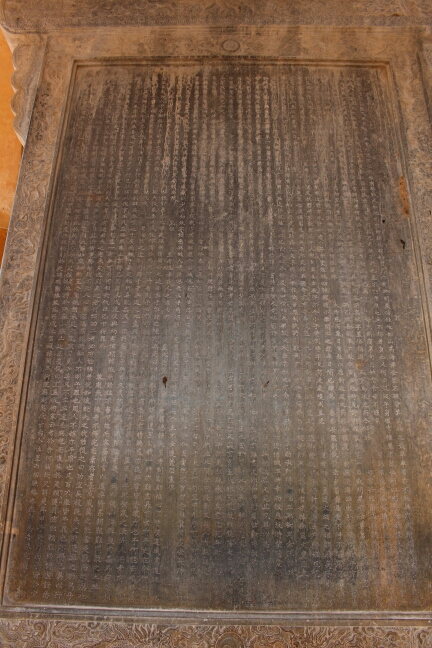 The queen was also buried here. Her tomb was not quite as big but still impressive nonetheless.

Inside Tu Duc’s burial place was also a large reservoir with an island of some ruins that were inaccessible.