Slept pretty bad last night, everyone in my room started shuffling around early. On top of that the room was so bright, and I forgot about all the car alarms that randomly go off every morning.

So I decided I would just get up, went downstairs had some breakfast and met up with the Mass girls I had met the previous night. We caught a cab to teleferiQo, which is essentially a gondola that brings you up to a peak where you can overlook the city.

There were some really nice views, and helped to get an overall impression of the city. 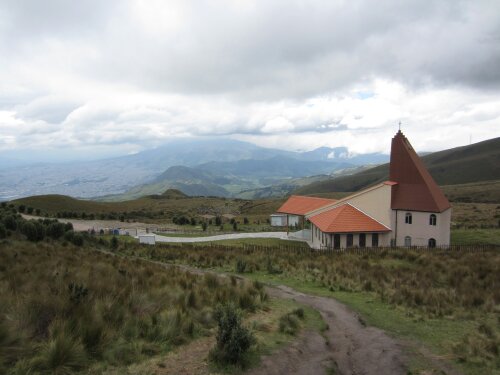 Didn’t do too much after that, came back and napped, chatted with some people, went out and got some really shitty food.

Messaged Jose who I am supposed to meet up with, because I don’t want to do too much fun stuff before he comes but then I don’t know when hes coming.

Walked around the center of town a bit..

Apparently it is tradition in Quito to make manequins and burn them on new years, supposed to symbolize burning your old self and starting over new I guess? Anyhow there were a million of these manequins around town for the festivies tonight.

This is the one at our hostel: 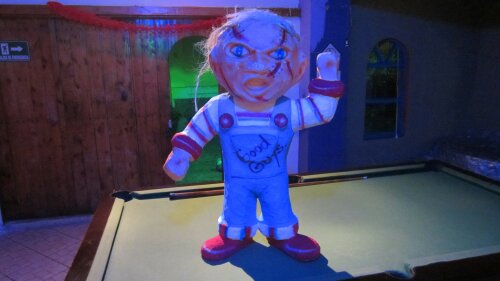 Then there were randomly guys that would cross dress and stop traffic to ask for money all around the city, no idea what was up with this..

Arrived in Quito safe and sound, made it to my hostel. Kind of a piece of shit but whatever. Flight was 12 hrs with a 3 hr layover so was not too fun. Met a girl on the plane that is in the peace core so was comforting to know someone in the country.

Taxi driver was waiting with a sign for me and he brought me over to the hostel, about 20 min $15 ride from airport.

Brushed up on my spanish with the driver. Immediately got settled in and hung out at the bar with about 10 other people, small place.

Everyone was really friendly. City seems nice. Plans to go out with the girls from MA in the am in the city. Lots of partying tomorrow night.

Everyone is still partying but I’m calling it a night, 330am.

Overall everything went very well was not sketched out at all at any point, people to hangout with, winning!